Get your Fortune Cookies delivered twice-weekly to your inbox!
This site is protected by reCAPTCHA and the Google Privacy Policy and Terms of Service apply.
By subscribing to this newsletter, you also subscribe to daily, weekly, and monthly predictions by default
When fortune cookies aren't enough...
Professional astrology reports & tarot readings
Click for details
Fortune cookies. Do they really bring luck and predict the future?
Have you probably seen scenes of Chinese restaurants serving fortune cookies in the movies? They break them, eat the cookies themselves, and pull out a scrap of paper with a short prediction.
This unusual dessert dates to the 12th century when Chinese soldiers relied on short messages written on rice paper and hidden in the Moon Pie to secretly pass the details of their defense strategies against Mongol invaders.
Legend has it, the Mongols had no idea about lotus nut butter. So the Chinese successfully replaced the Moon Pie filling with a message containing details of their military operation plans.
Following the instructions hidden in Moon Pies, the revolutionary Yuan Chu Chang disguised as a priest and entered the city walls where these pies were distributed. According to an ancient Chinese tradition, the parents of a newborn bake cookies where they hide a message announcing the birth.
At first, cookie messages contained proverbs or phrases from the Scriptures. By 1930, English versions of messages with Confucian logic appeared. Some writers have adopted the American bias, inspired by the Poor Richard's Almanack. Modern fortune cookies often offer Bible verse scraps, love or career predictions, and even more.
Fortune Cookies beats two birds with one stone: treats and entertains. No, even three birds. The third one brings good luck and predicts the future. Such is the unique multifunctional dessert.
Fortune Cookies are hollow inside crispy dough cookies with a scrap of paper on the inside with a printed short prediction. They are usually served with the Chinese restaurant bill, but you can, of course, buy them almost everywhere nowadays. We are even sure that it's possible to order fortune cookies online. People choose a cookie, break it and read the fortune cookie message with a prediction.
Their origin is vague and unclear, and there are several reasonably reliable versions. Even though this dessert is associated with Chinese culture, they were most likely invented in the USA. According to one version, the crispy treat originates from an ancient Chinese game of the nobility and upper classes, the participants of which pulled pieces of paper with themes out from rolled cakes and came up with appropriate wise sayings on the topic.
Surprisingly, sometimes Fortune Cookies do bring good luck. For example, Danny Williams from Essex County won half a million dollars in the summer of 2008 by writing the numbers he found in such a cookie on a lottery ticket. 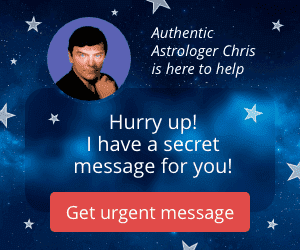 You have one
unread prediction

Read now!
get reply on Whatsapp